Like Homestuck's strife deck, items equipped as abilitechs are stored separately from the sylladex, and will only appear in the techniche. Also like strife cards, abilitechs see use in combat, but can also be used to interact with other objects and puzzles. Not all abilitechs are physical objects (though the same could also be said of strife specibi); in general, the techniche can be seen as a more widely applicable strife deck, with some abilitech items used in strife explicitly referred to as strife weapons[2]. 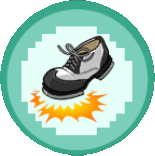 The tap dance abilitech is associated with the tap shoes found in Joey's room and, as the name suggests, allows Joey to tap dance. Prominently this abilitech is used to move the floor beneath Joey's feet and destabilise various objects, often causing them to fall; the ballet shoe and flashlight abilitechs are both obtained from high-up boxes in this manner. The noise caused by tap dancing can also be used to distract monsters during strife.

Joey has considered blending tap with ballet, but only once she is a master of both disciplines separately[3].

Tap dance is the only abilitech explicitly named in Act 1; all other abilitechs have only speculative names. 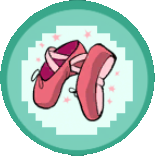 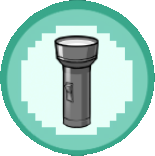 As well as acting as a bludgeoning weapon in strife (especially in combination with other abilitechs, such as the "Pirouette and Bop" resulting from using the flashlight with ballet), the flashlight abilitech, naturally, allows Joey to point light at other objects. Monsters are particularly affected by this, with the beam able to both distract monsters at a distance and dazzle them up-close.

The flashlight also allows Joey to light up dark spaces such as the Manor basement, though this may not strictly fall under the flashlight abilitech as it activates automatically without any player input. 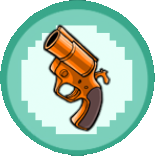 Jude obtains the Flare Gun Abilitech after first loading his flare gun, which is his main Strife weapon in Hiveswap: Act 1. The Abilitech allows him simply to fire his flare gun, which can either be a combative move, a distraction, or simply a way of calling attention to oneself in an emergency. Assuming that the characters in Hiveswap can also utilize Homestuck-style Strife Techniques, it is unclear whether this could also be done simply by using his Strife weapon normally, or if all firing of the flare gun, perhaps at least while not in a Strife, requires him to use this Abilitech. Jude uses the Flare Gun Abilitech during Joey's Strife with monsters in the living room in order to cause a distraction and make the monsters turn around. On the third time he attempts this, he accidentally drops the flare gun, resulting in him setting fire to a pile of leaves instead. Luckily, this proves to be just as distracting as firing a flare. As Jude drops the gun at this point, this presumably removes this Abilitech from his Techniche.

Xefros possesses the telekinetic powers typical of burgundy blooded trolls; however his power is relatively underdeveloped and weak compared to most others of his caste.

Naturally, telekinesis has wide applications, capable of moving various objects in various ways. Notably the sports vault in his rumpusblock requires the use of telekinesis to open.

Xefros' telekinesis is the only abilitech in Act 1 not to be associated with a physical item. Homestuck suggests that “A high level psionic” (such as Sollux Captor) “has no use for any particular specibus allocation

”; the use of telekinesis as an abilitech rather than just a strife "weapon" seems to reflect this.

The cuebat abilitech is associated with Xefros' cuebat, a tool used in the sport of arena stickball. Though this abilitech is not used in Act 1, Xefros refuses to leave the safety of his room without it equipped, suggesting it has self-defense applications.