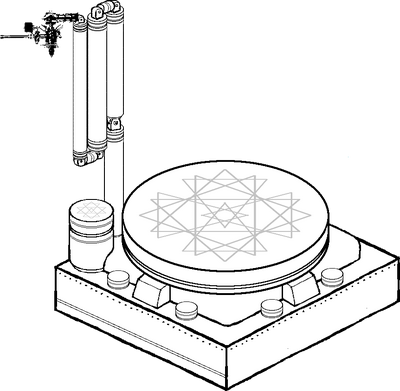 Alchemy is the process of using grist, an alchemiter and a carved cruxite dowel to create new items. It is first used in Sburb to create an item which transports the player to the medium.

At the start of the game, using alchemy would require punching a captchalogue card using a punch designix. This is done by checking the code on the back of a captchalogue card and inputting this into the designix, then placing a card - whether anything is stored on the card is irrelevant, though it will make the item irretrievable if there is one - into it. This will punch the card, which can be placed, along with a cruxite dowel, in a totem lathe to carve the totem. This can now finally be placed in the alchemiter, which will produce the item at the cost of grist.

A full list of alchemised items and more information, including upgrades to the alchemiter, can be found here.

Items can be combined by overlapping cards, thus obscuring some holes (like a bitwise AND operation) or by punching one card with both items' codes (like a bitwise OR operation). It appears that the operation used determines which item used is the primary one, as seen with the Pogo Ride and the Sledgehammer; overlapping cards created a Pogo Hammer whereas double-punching a card made a Hammerhead Pogo Ride. However, a captchalogue code has a maximum of 8 digits (shown here

). For each digit there are 64 possibilities: 26 lowercase letters; 26 uppercase letters; 10 numbers; and 2 special characters (! and ?). This means that the number of possible cards is 64^8 (or represented as a binary code punched onto a card, 2^48) which is equal to 281474976710656. This may be a big number, but it is not infinite. The number of "working" codes is even fewer as dud objects exist. Because of there being infinite universes and codes are transferable across them, this limit will probably be reached quickly and implies a finite number of creatable items. No explanation for this problem has ever been given, though John has referenced this problem before

in Rose's walkthrough. One possible explanation is that all other codes are extremely complicated and thus require an intellibeam laserstation to understand and use them. Another possible explanation is that Paradox space only allows codes to exist for items and combinations of items that will be captchalogued at some point in any of the finite number of universes and iterations which could easily be less than 2^48.