Chess is a board game that has a great significance in the Homestuck universe. The Dersite and Prospitian forces on Skaia are stuck in a stalemate until the first player prototypes their kernelsprite.

Nannasprite revealed that Derse will always win the battle. This has been shown in Wayward Vagabond's chess game between cans in which black won via its queen, reflecting Jack's role after receiving the Black Queen's ring.

During the first glimpse of The Battlefield, many creatures of the expanded chess board are shown, including many pawns, knights (massive horses), bishops (towering characters in priestly robes), and rooks (mutated giants with battlements protruding from their backs). The kings are by far the largest pieces, and the queens aren't on the battlefield at all. Because both were seen on their home worlds of Prospit and Derse, it appears that the queens stay in their kingdoms to administrate while the kings lead the troops in battle on Skaia. The Hubgrid in the Skaianet Laboratory also appears to be a chessboard, but it was 'unestablished' by a meteor before it was used in any such manner.

Doc Scratch has a chessboard which resembles Skaia, on which he and "some wicked troll girl" play a game of chess that he is troubled about, seeing as she is getting closer to beating him and he has no idea how this is possible. When first seen, the chessboard looks like the two- and three-times prototyped Battlefield, and later when Spades Slick visits, it looks like the four-times prototyped form. When visiting Scratch to fix Homestuck Disc 2, we see all three of these shapes of chessboard, indicating that the good Doctor is playing more than one game.

Sweet Bro and Hella Jeff play a game of chess

. The board they play on does not have the right number of squares, and the squares are in fact many different shapes, as they might be expected to be in this comic, but it may also be a reference to the torn-up appearance of the battlefield. Bro begins to make a move with a 'pewn' (pawn), and Jeff reminds him that pawns are not allowed to move in that particular fashion. Bro takes the pawn and tosses it in the toilet, and declares checkmate.

Calliope and Caliborn frequently play the game, and Calliope has won every single match except one. In that match, Caliborn asked Calliope if he could swap the starting positions of his king and queen, and when she agreed he disguised each piece as the other and left them in their regular positions (and presumably moving both pieces like a king, so that all moves remain legal but the deception is not broken). This resulted in Calliope going after the queen instead of the king, allowing Caliborn to get himself into position for a checkmate. Calliope angrily knocked all the pieces off the board and forfeited the match.

Calliope plays white and Caliborn plays black (though their pieces match their blood colors, lime and red respectively). Their rooks are shaped like Doc Scratch's clock, and their crocodile-shaped knights may be intended to represent cherubs in mating form. The starting position and the notation that follows are given from Calliope's/the reader's point of view (not knowing Black's king and queen are swapped).

At this point, Caliborn revealed that his king and queen were swapped; the rest of the notation reflects this.

At the ectobiology lab, there are numerous chess pieces: Rooks, Knights, Bishops and Pawns; all of the pieces save the Monarchs. It would seem that the pieces being grown are analogous to the pieces seen in battle on The Battlefield. This also implies that all the inhabitants of both Derse and Prospit are grown in such laboratories scattered across The Veil.

Even further speculation gives explanation to the carapatic nature of the Agents, seeing as they are biologically chess pieces (also worthy of note is the styling of their bodies, which resemble the typical shapes of modern chess pieces). The fact that they are manufactured in laboratories also explains the bar codes printed on each citizen of both kingdoms.

The metaphorical chess game/real war between light and dark, before any kids entered the medium.

The game/war after the first entrance to the medium. 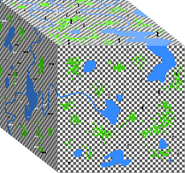 The game/war after second entrance to the medium. 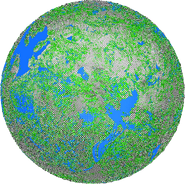 The game/war after the third entrance to the medium. 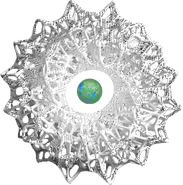 The game/war after the fourth entrance to the medium.

The chess game in Complacency of the Learned.