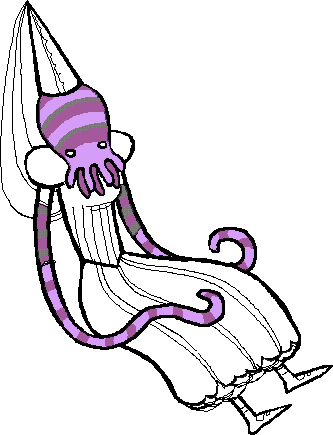 The eldritch princess was a pretty princess doll Mom got for her birthday. Rose believes Mom got it for her in a masterfully passive aggressive gesture. She later customized it with knit tentacles and a new head. Mom has refused to acknowledge it since then and it remains on the living room couch. The concept of a princess fits nicely with Mom's love of wizards and classical fantasy, but is in direct contrast with Rose's ideals. The eldritch princess possesses many parallels with John's harlequin doll.

Later, the doll became the tier two prototyping of Rose's sprite, Jaspersprite. Shortly after being prototyped with the doll, Jaspersprite uses the tentacles obtained from the princess to save Rose after she leapt over the waterfall to save her Cruxite item, the Cruxite Bottle.

Retrieved from "https://mspaintadventures.fandom.com/wiki/Eldritch_Princess?oldid=200785"
Community content is available under CC-BY-SA unless otherwise noted.