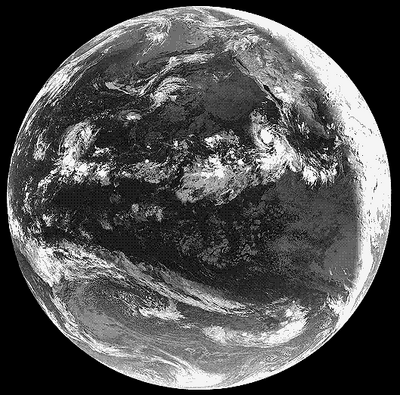 Future post-scratch Earth is the home time period of Roxy and Dirk, and even further, from Earth's perspective, Calliope and Caliborn's home. It is a brutal dystopian society ruled by the Condesce, who had secretly arrived on Earth centuries prior and spent the 20th century building up her Crockercorp empire as part of her plan to take over the world. After decades of secrecy, she finally revealed her existence on November 11, 2011, and the world's governments - unaware that the Condesce was among the last members of her species - assumed she was the commander of an alien invasion fleet and prepared for war.

While militaries were distracted by the non-existent threat of the Condesce's non-existent army, the media deteriorated into a chaotic mess where popular entertainers were given the same level of authority as world leaders. Using this to her advantage, the Condesce bribed celebrities into publicly supporting her and installed her most famous sympathizers into high government office. Her agents included Guy Fieri, who became the chief (and eventually, only) justice of the Supreme Court and rewrote the Constitution into a system of fascist, theocratic laws, and the Insane Clown Posse, who ran for President on their Juggalo Party ticket and won the 2024 election, becoming the first (and last) Dual-Presidents of the United States.

The Posse's inauguration marked the collapse of western civilization, and while they served as the Condesce's puppet regime they were also allowed to pursue their own deranged agenda. Their administration passed several dangerously stupid policies, like replacing tap water with Faygo and making the new national anthem a recording of Violent J farting into a microphone, but their laws would culminate in the genocidal program known as the Hilarocaust. Anyone the Posse deemed insufficiently mirthful would be sent to death camps run by Guy Fieri (now the Condesce's High Chaplain of Interstellar War) and executed. The Hilarocaust would end up killing five billion people, leaving humanity totally unable to resist the Condesce's rule.

Ben Stiller, star in some of Dirk's Bro's Sweet Bro and Hella Jeff-esque movies, was crucified on the Washington Monument

by these Juggalo presidents. Because he was such a peace-loving person, “he came to be seen as a martyr, and then a holy figure.” People would make pilgrimages to gaze up at his face, the intentions of the presidents making an example of him having backfired. Stiller's followers made stone busts of his final expression for years, before the movement was thoroughly snuffed out by the presidential church and the Condesce. In addition, she “"remastered" all of [Dirk's Bro's] films to clean up all the shitty artifacts, and released them in stunning high-def quality all over the world, using a rational business model and everything.”

This evil motivated Dirk's Bro, along with Roxy's Mom, the leaders of the failed resistance movement, to emerge from hiding and kill Fieri and the Posse. With her puppet rulers dead, the Condesce abandoned all pretense of human self-rule and took direct control of the planet. Though Bro and Mom were never seen again, Dirk found evidence suggesting that the two confronted the Condesce and fought her in a final showdown. The Condesce's power was too great, however, and the rebel leaders were killed.

Her rule now completely established, the Condesce began an effort to remake Earth into a new Alternia. She hoped to kill off humanity and replace them with Troll clones and lusus kept aboard the Battleship Condescension, but there was a flaw in her plan: every time she attempted the cloning process, her lusus - possibly of the same species as Gl'bgolyb - psychically killed all of the cloned trolls. Unable to resurrect her species, the Condesce decided to impose troll society onto her human subjects. Normal human reproduction was banned in favor of the troll method: genetic samples would be collected at random times by robotic Imperial Drones, and years later the samples would be combined and used to create new human children. These children would be raised by "lusidroids" and would never know the identity of their parents.

As the decades passed, human population numbers underwent a rapid decline due to three factors. First, the Condesce began to employ biotech experiments in her efforts to make humans more troll-like. These experiments, such as attempting to add a hemospectrum to human genetic code, lethally backfired and killed hundreds of millions. Secondly, the Condesce began bringing carapacians to Earth, and they quickly became her favorite subjects due to their unquestioning loyalty. The already mistreated human subjects became even more ignored. Finally, the melting of the ice caps flooded the planet and submerged almost all of the inhabitable land, and while the carapacians survived by living in floating colonies, humanity was unable to adapt and went extinct. As of the year 2422, or 411 P.C. (Post Condescension), Dirk and Roxy are the only living humans. Roxy was raised by the carapacians in one of their colonies and Dirk was forced to raise himself.

In 2424 (413 P.C.) the B2 universe was struck by Jack Noir's Red Miles attack. While Dirk and Roxy survived the Red Miles by dying and having their dream selves become their primary self, their universe was destroyed. However, Jade Harley, while under the command of the Condesce, rode the trolls' meteor through a Skaian defense portal in the B2 session and arrived before the planet was destroyed entirely. After the meteor crashed into Earth, Jade shrunk the planet and went back through the defense portal bringing Earth into the session with her. Post retcon, Vriska got Earth and then got back to the B2 session somehow.

Having brought Earth into the B2 session, the Condesce planned to relocate Earth into the new universe created by the session to recreate the troll empire outside of Lord English's reach. Jade went into the B2 Universe on the troll's meteor when it went through a Skaia Defense Portal, and shrunk down the Earth so that she could captchalogue it. She went back into the B2 session in a way that was obscured by glitches but may have had something to do with the frog temple, which wasn't brought into the game with Jake's house. Pre-retcon, it's not certain what happened to it but it is believed that it was brought to the universe created by the Condesce, but not be home for the Cherubs. Post-retcon, Vriska put Earth in her sylladex, and during Act 7, Jade put it into the new universe, where it became known as "Earth C". During an unknown but long period of time, Earth C became home for a new civilization of humans, trolls, carapacians, and Consorts. Aranea notes that between Earth being relocated and the cherubs being hatched there, “(other) civiliz8tions had risen and fallen”