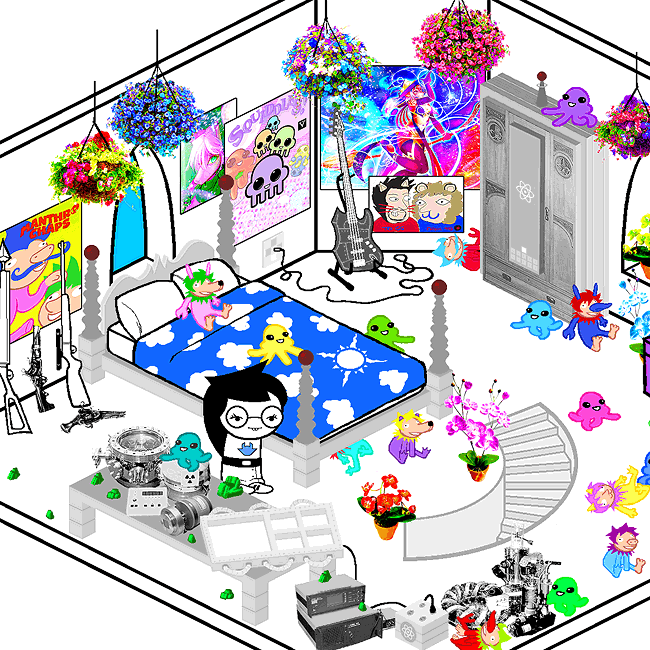 Jade's bedroom is a location in Homestuck and the bedroom of Jade Harley in her house.

Like the other kids, the room is littered with evidence of her interests. The floor has many Squiddle and Manthro Chap plushies and posters of the same nostalgic shows are on the walls, along with pictures of anthropomorphically persuaded fauna. One corner of the room has a variety of hunting rifles (Including a familiar Harpoon Gun and Sniper Rifle) leaned up on the wall, as Jade is a skilled markswoman. Nearby is a worktable cluttered with experiments, inventions, and bits of uranium. There is a familiar looking device, the design of which she borrowed from her Grandpa. She has both normal and hanging flowerpots in her room as well. There is also a white cube with power outlets similar in appearance to the green hubs in Skaianet Laboratory.

Jade is the only kid who was not in her room when she was named.

Jade's bedroom was destroyed when Jade's dream self died, causing her dreambot to explode while perched on her roof.