Needlekind is Rose Lalonde's and Mom's Strife Specibus. John Egbert also acquired the specibus off Rose in order to perform the scratch. It may also be Damara Megido's strife specibus (she is seen wielding needles here

), but this is not confirmed. At first this kind abstratus merely contained normal needles, but Rose has since alchemized needles that function as magic wands. This somewhat blurs the line between the Needlekind and the Wandkind Specibus.

These needles were given to Rose by John for her birthday, because he thought she needed a normal hobby. She first uses them (passive) aggressively in a Strife against her Mom, in which she threatens to electrocute herself using them. When Rose reaches the Land of Light and Rain she uses the needles in combination with the wool very effectively, easily taking down Imps and even a Lime Ogre.

She also uses them to actually knit things, like the head and arms of the Eldritch Princess or a laptop cozy or parts of the bunny she later gives to John.

Post-scratch Rose uses a very similar pair of needles in combat, down to using it in combination with purple wool.

A pair of needles created with the Alchemiter. Rose has not used these in battle since their creation, as she made the considerably more powerful Thorns of Oglogoth by combining them with her Grimoire immediately after creating them. Just after creating them, the wizard statue used to create them is seen charred and broken (possibly because Rose destroyed it with the needlewands after their creation).

An item alchemized from the Needlewands and the Grimoire for Summoning the Zoologically Dubious. These seem to be powerful weapons, capable of punching holes in caulk liches from a distance, parrying attacks from Bec Noir, and even creating force-fields out of energy. They're also quite useful for burning and exploding

While it was inevitable that Rose would receive thorns, the description of these ones notes that any sane adventurer would drop them and flee. It was speculated that the Thorns have a negative effect on Rose psychologically, seemingly changing her behavior. A similar theory was brought forward by Kanaya, who was concerned about Rose's allegiance with The Noble Circle of Horrorterrors and her frequent and almost brash usage of dark magic in tearing apart her own planet.

by Doc Scratch that the Thorns themselves are essentially powerless, that the abilities were rather innate to Rose and her descent into Grimdarkness, exacerbated by the influence of the Horrorterrors. However, Doc Scratch never directly implied this, but rather asked questions that led Rose to this conclusion. This may be because he was avoiding a direct lie, and the Thorns really are as powerful as originally suggested.

Later in Openbound, Meenah Peixes finds them within a chest in a dream bubble; they were apparently discarded by Rose.

666 tar being used in the recipe may refer to the devil's number, tying in with the grimoire. 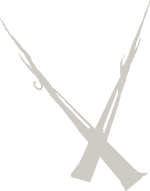 The Quills of Echidna are weapons first seen strapped to the back of the Uber Bunny. They are very large, potent needles that look like white lightning and are named after Jade Harley's denizen, Echidna. They are literally Echidna's Quills, taken from her thorny back, and thus relate to Fear No Anvil in that they are both very powerful weapons previously owned by Denizens.

The Quills of Echidna are needed to scratch the giant scratch construct to initialize the scratch. Jade receives a set of Quills directly from Echidna through a series of shenanigans. John later uses one of them to activate the scratch. They are shown to be of enormous size in their original state and during Cascade have to be mounted on an arm above the Beat Mesa while John moves the Beat Mesa with his Breath powers.

Of note, the Echidna of Greek mythology was the mother of all monsters, and thus the name may be a reference to Rose's interest in the occult. Additionally, the real-life animals called echidnas have hedgehog-like quills, making the name a multi-layered reference.

Damara Megido has been seen with a smaller version of the Quills that she was able to hold in her hands, and used them to scratch the A1 session. Rose Lalonde has been seen using them

to deter Gamzee from his berserking using a light discharge similar to Eridan Ampora's science stick. Most recently, she is seen fighting the Condesce with them in Collide.

It is possible that that the Quills have the innate ability to shoot magic energy from the tips, similar to the blasts fired from Ahab's Crosshairs. During Collide, Rose is seen shooting powerful light-blue blasts by pointing the needles at her foe. While this may be attributed to her abilities as a Light player, the magic she uses in the battle while unarmed is actually lavendar (her text color). Additionally, the energy fired from the Quills is visually similar to the energy blasts fired by Yaldabaoth in his battle with Caliborn (also shown in Collide). Since the Quills come from the back of a denizen, this alludes to the possibility that Echidna uses them to unleash a huge shitstorm of devast8ing monster magic

The Thistles of Zillywich consist of one of the seven legendary weapons of cherubim folklore. The pair represents its namesake continent. It is one of two of such sets that contains more than one weapon. No further description of its origins is provided other than "Flippety dippety doo bup bup shrubber double floppy mumblescurry noodlescoop pizzabubble pizzabubble mip mip mip mip mip mip." Which may, incidentally, be a reference to the garbled text of Grimdarkness.