, also referred to as "The Slumbering One", is the Denizen of the Land of Wind and Shade and likely has a connection with the aspect of Breath. According to the salamanders, he is kind of a huge dick (probably not literally). He lives in a palace that resembles a large pipe organ. He, like John, has the power to manipulate "The Breeze" and becomes enraged if he senses anyone else using it. Apparently he must be awoken by a special song that only the Heir of Breath can learn. However, when John came to speak to his denizen for the second time, Typheus was already “awake and ready for him”. 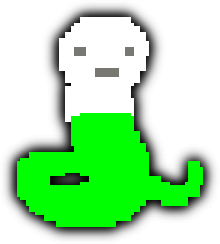 Typheus is responsible for "putting a spell" on the fireflies, trapping them under the clouds. John's personal quest is to clear these clouds, which he can do by playing a special song through the pipes of Typheus' palace. Typheus is also responsible for flooding the planet with oil, which blocked some of the Parcel Pyxides and also blocked the pipes of his palace, making playing a song on them impossible. Typheus was asked, in the past, to commission a bunch of Underlings.

Sleeping sounds were heard emanating from a large pipe in the area John first discovered, likely from the Slumbering One's lair deep underground. The Typheus of Greek myth, after being defeated by the Gods, was also trapped underground.

In an alternate timeline, John is killed because he fought The Slumbering One too soon, thanks to the advice of Terezi, and thus could not bring Jade into The Medium, most likely resulting in her death as well. Rose and Dave initially suspected that John's death was intentionally orchestrated by the trolls, and that it had been their intention all along. However, the plan was executed by Terezi alone, and the trolls were simply unable to contact an offshoot timeline. It's impossible to tell if Terezi tried to kill John despite the timeline, did it because she knew that he couldn't possibly succeed and wanted to mess with him, or realized killing John was the best way to ensure that Alternate Future Dave went through with the self-prototyping and created the current timeline. Nevertheless, she did appear to regret her actions after the fact.

It is later revealed in a shared dream bubble between the John that died in this timeline and Vriska that while he was tricked into doing this task, the act of dying was his own choice. He spoke with Typheus, who notes that while he isn't much to look at, he is not a bad guy at all. He learns that the timeline he is in is doomed anyways, and is given The Choice. While the first is never stated (likely just living out a meaningless existence), he takes the option to be killed by Typheus, which would spur Dave to go back in time and become Davesprite. John is shown to have scorch marks, implying he was burnt to death, or, if Typheus can only exclusively control the wind, boiled.

Following the events of GAME OVER, another John seeks the aid of Typheus. With hopes of learning to control a newfound power in order to retcon the deaths of his friends, he accepts Typheus's terms when given The Choice. The room is then flooded with oil, leaving John with the ultimatum of either using his power to escape the oil, or drown. Set on completing the quest given to him when he first descended into his land, John finds the ability to perform a third option: he disperses the oil throughout Homestuck

, allowing him to stay on LOWAS and finally free it from shade.

A dead creature known as the "Typheus minion" is seen in the basement of Jade's house that was likely killed by Grandpa during his time in the Incipisphere. Its relation to Typheus is unknown, however its unprototyped nature suggests that it is not an underling.