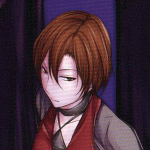 aka the girl with too much free time

Land of Technology and Droughts

Main blog
Your username is YLIMEGIRL, and you are an ADMIN on this wiki, meaning you can DO BASICALLY ANYTHING EXCEPT PROMOTE OTHER PEOPLE TO ADMINS GOD HELP US ALL. You are TWENTY YEARS OLD, and you like to EDIT WIKIS, WATCH SHOWS, and CODE. Your most notable creations are the 288 GODDAMN VECTORS OF THE EXTENDED ZODIAC SIGNS. You also have a BOT, who is PROBABLY NOT A THREAT TO HUMANITY. When you are not on the computer, which is ALMOST NEVER, you have to go to SCHOOL, where you are studying SOME SORT OF SHIT INVOLVING COMPUTERS AND ART. You can also be found on SO MANY WIKIS HOLY SHIT. You often ackn0wledge y0ur l0ve f0r the un1verse's abs0lute truths when y0u type.

What will you do?

My usefulness rating, according to Sorceror Nobody's calculator, as of February 13th, 2020:

Retrieved from "https://mspaintadventures.fandom.com/wiki/User:Ylimegirl?oldid=239516"
Community content is available under CC-BY-SA unless otherwise noted.