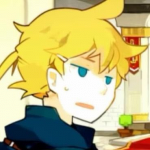 The page itself is supposedto be a reference for people who need to look for it. Proof is helpful to show the information is correct, but it doesn't need to be linked in the infobox.Bkatz (talk) 18:59, November 14, 2016 (UTC)

I disagree. Someone who doesn't know that that tweet exists may think that the information provided is wrong. I did not leave a link in the infobox in my recent edit, I left the url to the tweet in a note in the source code for future editors so they know that it is true. ---Ineni (talk) 23:57, November 14, 2016 (UTC)

That makes sense. I don't think I realized the link was embeded in the source code instead of visible on the infobox. That's fine.Bkatz (talk) 02:08, November 15, 2016 (UTC)

On asking for pages to be deleted Edit

In the future it's not necessary for you to make a talk page that asks for something to be deleted, and in fact I wouldn't really recommend it as I don't believe people read talk pages that often.

Here are templates you can use:

Thanks for helping out on the wiki! Contributors are getting pretty thin on the ground here.

I'm the person who previously edited Roxy's page. I did not mean to imply that her and Calliope were confirmed to be in a romantic relationship, just that it was a possibility. If it clears things up more, I could instead put "this outing may have been a date" instead of "most likely", referring to them eating together in the Snap sent to Jane. Thanks.

That's perfectly fine. I was just trying to note that with editing it's good to be as clear as possible and have as little speculation as possible. Stating them is ok, but referencing them as fact is not. Changing it to "may have" instead of "most likely" would be perfectly fine. Bkatz (talk) 19:38, November 21, 2016 (UTC)

As much as I ship it,and I really do, I much prefer to stay out of the ship wars, and aside from RoseMary, kindly request that unless Hussie says otherwise, leave the ship wars in the talk pages, not the main pages. Have a wonderful day (although I will admit, it's pretty much borderline canon)! Per Ankh ED 18:00, March 25, 2017 (UTC)

On your most recent partial reversion Edit

Hi! I'm sure this was just an oversight, but I noticed you reverted parts of my edits without bringing it up on a talk page? I would have been happy to clarify that the reason the (more?) note was added was due to some nods to the idea that Karkat may be 'panquadrant' like the Signless.

His statement about wanting Terezi "IN EVERY QUADRANT", and that being what caused her to reject him, the slew of comments others made about not being able to place what quadrant they are in, and the precedent with the Signless and Disciple which showed there absolutely is such a thing as 'more than a matesprite', all combined were enough to be worthy of a simple questioning note I thought. So I noted it! I'm open to criticism, feel free to let me know about concerns you may have in the future. I'd be glad to discuss ways to improve it, and we can always accomplish more through collaboration than on our lonesome! InfernalRhetoric (talk) 19:09, April 1, 2017 (UTC)

Okay, I understand what you meant now. I understand the application of the multiquadrant idea, but I feel that the whole "love beyond quadrants" thing from the Signless story was kind of a singularity. I understand the multiple quadrants proposal for Karkat and Dave, but I'm unsure which one(s) other than matesprits you'd be implicating.

As for my perevious arguments, I know when I need to back off, and I'd like to apologize. It's just that since HS ended (kinda), me and Per Ankh have really been the only ones keeping the wiki from being vandalized. Although I may not agree with your opinion on the matter, I'm not making it any better. If you want to do the whole more thing, just pull up something on the characters' talk pages and see what other people think. Until then, be wary. Bkatz (talk) 15:16, April 2, 2017 (UTC)

Ok, thanks for the advice! Also, I don't think you were overstepping your bounds, preventing wild speculation from getting added as canon is important, and it's good to vet a controversial subject like that thoroughly before acting!  InfernalRhetoric (talk) 01:21, April 3, 2017 (UTC)

I won't revert the edit yet, since I've only made a few and haven't re-read HS from Act 1 - Credits yet, but as far as I know the spelling with the extra "u" is never used, at least in non-walkaround/flash pages.

TC: AnD tHeRe'S SoMe SuBjUgGlAtIoN iNvOlVeD fOr FuCkIn SuRe!

TC: AS A DESCENDANT OF THE HIGH MOTHERFUCKIN SUBJUGGLATORS.

One more humorous little sacrifice kindly given to the Su8juggl8ors,

TC: HiGhEr tHaN A SuBjUgGlAtOr gEtTiN HiS WeEp oN FoR ThE VaSt hOnK I BeLiEvE In tO CoMe.

She could use her leverage to delegate oppression to the subjugglators,

Oops, my bad. Yeah that's on me, I thought I was spelled differently. I'll change it back. Thanks for checking, though. Bkatz (talk) 02:58, May 5, 2017 (UTC)
Okay, cool. Also, due to only Mindfang making subjugglators a proper noun, and the rest of the article using lowercase, I'll de-capitalise the instance in the Dualscar section. I'd think that Doc Scratch's writing would have more weight when deciding such things. 81.99.141.192 18:32, May 5, 2017 (UTC)

Retrieved from "https://mspaintadventures.fandom.com/wiki/User_talk:Bkatz?oldid=183933"
Community content is available under CC-BY-SA unless otherwise noted.