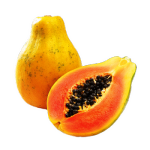 Thanks for spending time to clean up those articles that were edited as we went through the story, so we didn't know what was going to be important and over time it kind of became a huge mess that nobody wanted to touch. I see you doing that. Thanks a bunch! Ylimegirl – Hero of Hope – 01:33, October 8, 2017 (UTC)

The fanbase feels souless compared to how people used to edit this wiki years ago, it's a shame. Glad to have some spare time. Mamaopapaya (talk) 15:47, October 8, 2017 (UTC)

Hiveswap has 36 background trolls (supposing none are playable). Should we give them a single page like with the Ancestors? Mamaopapaya (talk) 20:24, November 11, 2017 (UTC)

Hmmm... Maybe you meant to ask about this somewhere else? I don't think they should all be condensed into one page, as they likely have their own purposes and plots and whatever. Right now I'm just plunking them on the gross mess that is List of Hiveswap characters and we'll figure this out as I go, I suppose. Ylimegirl – Hero of Hope – 20:32, November 11, 2017 (UTC)

yall clown ass mfers just needa admit ur transphobic already, like damn, "canon" or not, roxy transitioned and had dysphoria in the epilogues, and dysphoria still exists even if u dont talk about lmao plus, even if u wanna deny one of the epilogues as truely canon, they/them is still the best bet becuz u look like a transphobic dumbass otherwise —Preceding unsigned comment added by Roxy Is Trans (talk • contribs) 16:56, May 20, 2019

I actually forgot the incentive to include epilogue's information on the pages... I shouldn't be undoing these last edits. Mamaopapaya (talk) 21:06, October 15, 2019 (UTC)

I see you threatened SoullessGamer01 with a ban despite not being an administrator or mod. You may notice on the Warning2 template page that misuse of said template is an offense, so consider this a warning. I would also not consider anything they edited as vandalism, rather just another case of ambiguous canonicity, like the epilogues. I'm about to make a forum thread to discuss changes as well as protect the page. While I'm not highly active anymore, I will respond quickly if you leave me a message on my user talk, so please tell me if you think there's an actual problem concerning the wiki, rather than mini-modding. Thank you. Ylimegirl – Hero of Hope – 23:29, October 15, 2019 (UTC)

Retrieved from "https://mspaintadventures.fandom.com/wiki/User_talk:Mamaopapaya?oldid=217032"
Community content is available under CC-BY-SA unless otherwise noted.