The zodiac is a concept in astrology, where a number of signs relating to constellations have influence on the world. The concept of the zodiac, and in particular the western one, features prominently in Homestuck, most notably through the trolls, and is also connected to the cherubs. The twelve signs of the western zodiac on Earth are represented by the same symbols appearing on the shirts of the twelve trolls who created Universe B, and it would appear that due to the influence of these trolls (or at least, not coincidentally) the western zodiac's signs represent various traits of theirs.

On Alternia, each member of a given caste is to be labeled with one symbol derived from an alphabet used for that caste, after their hatching. The symbol for Cancer is specifically derived from a method of execution

. It was previously mentioned that trolls have 48 signs

for a version of a zodiac similar to that of the human zodiac, however it is presumably independent of the extended zodiac, which is purely used for sign assignations (and only associated with the astrological zodiac concept from a human perspective). Andrew Hussie has joked that the trolls have 48 of these signs because of the 48 squiddles that created their universe. It may be worth noting however that Ptolemy in his categorization of the constellations listed 48 constellations.

The human zodiac, known in the real world simply as the traditional western conception of the "zodiac", is an ancient astrological concept that defines twelve constellations and corresponding regions that span a line that can be traced around the ecliptic; the path that the sun follows around the celestial sphere in a year. These regions are then utilized to define the positions of certain celestial objects at certain dates and times in order to make predictions. The human universes in Homestuck share this concept with our world, with the exception of the fact that the presence of the zodiac in the world and the existence of the equivalent constellations around Earth are seemingly derived from the fact that Universe B was created by the twelve post-Scratch trolls, all of whom bear the traditional human zodiac symbols as their troll symbol. This means that, in Homestuck's universe, the astrological zodiac is ultimately derived from the trolls rather than vice-versa as in the real world.

On November 27, 2017, an "extended zodiac" of 288 signs from all combinations of sign class, lunar sway (dream moon), and aspect was revealed, representing at least part of the alphabet of signs used on Alternia. In the real world, one could determine one's extended zodiac symbol, or "true sign", by means of a canonical extended zodiac quiz, determining your lunar sway and aspect based on a personality quiz (sign class was determined in accordance with the traditional zodiac's birth date groupings). This in turn suggests that the extended zodiac symbols used on Alternia are either assigned in accordance with or associated with particular personality traits, and also allows for the hypothetical aspect and dream moon of a given troll to be determined. A troll's blood caste determines their sign class, and thus the specific set of signs from which this symbol is taken. The exceptions to all these rules are the few canonical trolls that do not have symbols from the extended zodiac alphabet, such as the fantrolls, although they may have utilized a different system as they did not originate on Alternia. It is worth noting, however, that Vriska has implied

there are far more signs for each blood caste than are represented in the extended zodiac: “Each class has a huge alpha8et of signs, so when someone shares yours, you know you have a lot in common.” This is backed up by seemingly random signs possessed by some of the trolls present in posters featured in Hiveswap.

The manner in which the names of each sign is decided follows a naming theme. The first half is dictated by the blood color, while the second half is determined by both the Lunar Sway and Aspect (within the context of the Extended Zodiac Quiz, it is unknown if these factors exist within the canon of Hiveswap). There are a total of 12 prefixes and 24 suffixes.

The prefixes and suffixes are derived from fragments of the 12 signs of the classic zodiac.

The alphabet of signs represented in the quiz can be found in each respective blood caste's pages.

Almost every troll character in the Homestuck franchise originating on either Alternia or Beforus has an associated extended zodiac symbol which they were assigned by their culture at birth.

The mutant-blood Vantas characters are a special case, as their blood color is not a traditional part of the Hemospectrum. The sign associated with these characters, True Cancer, originated from the execution cuffs of The Signless, became regarded as his symbol posthumously, and was later applied to his descendant. This is odd, because even though this would imply that True Cancer is not an "official" Alternian sign, it is included in the extended zodiac as one of the Lime signs, albeit a miscolored one. It is unknown if this grouping is an informal one made for the framing process of the extended zodiac - perhaps reflecting a long hypothesized link between the Vantases and Lime bloods, or whether it means that, prior to the elimination of the Lime caste, the sign was a recognized part of the alphabet of Lime signs on Alternia.

Regardless, for the purposes of this list, both Karkat and the Signless are regarded as True Cancer, even though the latter was not assigned the sign at birth and it only became regarded as his posthumously. However, Kankri Vantas was also not assigned the sign at birth on Beforus and is never depicted with it, either on his clothing or person, despite having it reflected in his quirk. Given this, it is arguable that he was never "assigned" or even formally adopted this sign at all, in any capacity, even though his sign seemingly would be True Cancer as is the case for the other Vantases. As this list comprises only trolls that were canonically depicted bearing a particular sign, Kankri is therefore not included in this list, despite him being the pre-Scratch incarnation of The Signless, who is included.

The list below comprises all canonical trolls grouped by their extended zodiac symbols, in the order that they appear in hiveswap.com's complete sign list; the "extended zodiac order", which is also the order of the Hemospectrum with each blood color further sorted by the given sign orders:

In 1970, Stephen Schmidt suggested the inclusion of two additional western zodiac signs, Ophiuchus and Cetus; while this suggestion didn't catch on, in 1995 a 13 sign system only adding Ophiuchus to the traditional twelve was suggested by Walter Berg and Mark Yazaki. The 13-sign system has gained traction and as such when the original twelve trolls were introduced many theorized a thirteenth troll to exist. Eventually the character of Calliope was introduced, who initially appeared to be a new troll who used a Caduceus pictogram as their symbol. While Caduceus is not a constellation itself, both it and Ophiuchus are connected to snakes. Later still, Calliope's brother, Caliborn, was introduced, who used the symbol for Ophiuchus. These characters were later revealed to not have been trolls, but rather cherubs, a species possessing serpentine features, and to also share a singular body.

Per the above, two "13th and 14th" signs can therefore be listed as:

In Hiveswap Friendsim: Volume Five, Polypa Goezee initially appears disguised as a Goldblood, and as such bears a fake gold sign. This sign, consisting of two interlocking rings, does not appear in the known extended zodiac signs. It is unknown if this is because it is a sign from a larger troll sign library (of which the extended zodiac signs are only a part), or whether this sign is simply an original fabrication of Polypa and/or her associates. Marvus Xoloto and Ardata Carmia typically have appeared without their signs, as has Marsti Houtek in some circumstances; which implies that it is socially acceptable to be seen without a sign.

Additionally, the fantrolls Mierfa Durgas and Nektan Whelan have signs based on the constellation Perseus and planet Neptune, which do not appear in the extended Zodiac despite appearing in-comic, and a music team member's trollsona that appears in Hiveswap has a sign resembling a musical note. There is also a tealblooded troll in the Paradox Space comic "Stand-Up Room Only

" with a unique sign, although it's similar to Liga. 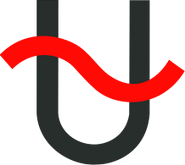 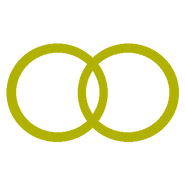 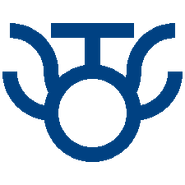 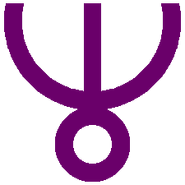